Alfred McCoy Tyner was born on December 11, 1938 in Philadelphia, Pa. Both his parents were lovers of music and encouraged McCoy to be one too. Tyner’s mother pushed him to study piano formally and he did so at age thirteen. By the time McCoy was fifteen years old, music had become the center of his life. Tyner’s early influences included the local R&B scene in Philadelphia as well as pianist and neighbor Bud Powell. McCoy’s talent was undeniable and his career took off quickly. He first gained exposure playing with Benny Golson and Art Farmer in their famous group ‘Jazztet’. At seventeen years old Tyner began a relationship with John Coltrane that would help define his career.

Tyner recorded on the 1960 album “My Favorite Things” with Coltrane, Jimmy Garrison and Elvin Jones. This band would be one of the most influential forces in jazz music. From 1960-65 the quartet toured nonstop and recorded several legendary albums including “A Love Supreme,” “Live at the Village Vanguard,” “Impressions” and “Crescent.” Tyner’s name became internationally known during this time and his piano style evolved harmonically and rhythmically; creating a vocabulary within jazz and a style on piano that surpassed most piano players of this era. In 1965 Coltrane began to experiment with more atonal music and embarked in a new musical direction that Tyner was not interested in following. It was at this time that McCoy Tyner began his solo career.

In 1967 he Tyner released the popular post bob album ‘The Real McCoy’ with Joe Henderson, Ron Carter and Elvin Jones. In 1972 Tyner recorded the Grammy nominated album and Downbeat magazine’s album of the year ‘Sahara’, which helped break new ground in bringing purely African sounds to jazz music. In addition to his other projects, since 1980 McCoy has been writing and performing with a big band when possible showing off his arranging skills. He also has been touring since then and currently with his trio featuring Avery Sharpe on bass and Aarron Scott on drums. Tyner currently has his own record label called ‘McCoy Tyner Music’ that is an off shoot of the Blue Note’s record label ‘Half Note Records’. He has recorded several records on this label including ‘Guitars’ in 2008 with Ron Carter, Jack DeJohnette and guitarists Bill Frisell, Marc Ribot, John Scofield, Derek Trucks and Bela Fleck.

In his life Tyner has recorded on more than 80 albums and won four Grammy awards. In 2002 Tyner was given the Jazz Master award from National Endowment of the Arts. McCoy is still going strong to this day and if you have the chance to see him live please take advantage.

“The Coltrane quartet I was in was like four pistons in an engine. John, Elvin, Jimmy and I were all working together to make the car go.”

“You have to exercise your creative mind. When I write music, I’m exploring the question of who I am.”

“The reason for longevity is truth and honesty, and I think we that we possessed that and it manifested itself in our art form.” – McCoy Tyner 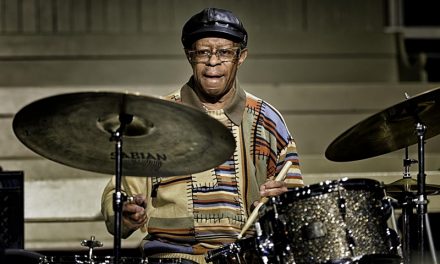 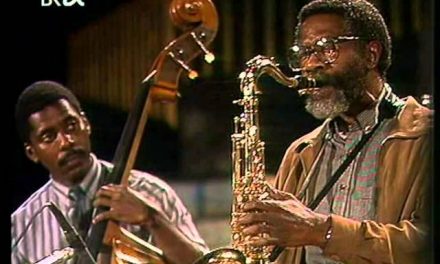