“The soulful pianist swings on a standard“

Gene Harris (1933-2000) was a soulful and swinging pianist who was influenced by both Oscar Peterson and (to a lesser extent) Bobby Timmons.

After having achieved fame with the Three Sounds and making some later commercial records, Harris spent much of the 1970s playing locally in Boise, Idaho until bassist Ray Brown persuaded him to make a comeback.

This performance, the first half of a version of “On Green Dolphin Street,” was filmed at Otter Crest in 1981 at a point in time when Harris was beginning to return to the major league jazz scene.

Gene Harris begins the piece out-of-tempo and unaccompanied, setting the stage for several choruses of cooking in a trio with bassist John Heard and drummer Jimmie Smith. 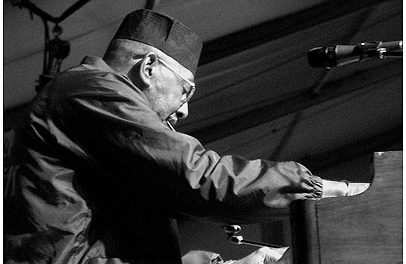