The YouTube stamp says that this was the final performance of Latin jazz composer Tito Puente. It was not. (YouTube is not always the most reliable source of info.)

Perhaps not surprisingly, he was a very active child endlessly banging on pots and pans to the consternation of his family’s neighbors.

He started with piano lessons, but by 10 was studying drums and percussion.

By 18, Puente was good enough to land a spot on Machito’s Afro-Cuban All-Stars.

Service during WWII gave him the chance to attend Julliard on the GI Bill where he studied orchestration and theory.

His contribution especially in bringing Latin music to North American ears is incalculable.

Tito Puente was influenced by the drumming of Gene Krupa.

After his hopes of pursuing a dance career were dashed due to an serious ankle injury he became the drummer with Machito’s band.

Tito’s popularity peaked during the 1950s as he gained acceptance with mainstream audiences, introducing Afro-Cuban music to the masses.

Puente received the first of five Grammy Awards in 1979 for his albums “A Tribute to Benny More”, “Mambo Diablo”, “On Broadway”, and “Goza Mi Timbal.” 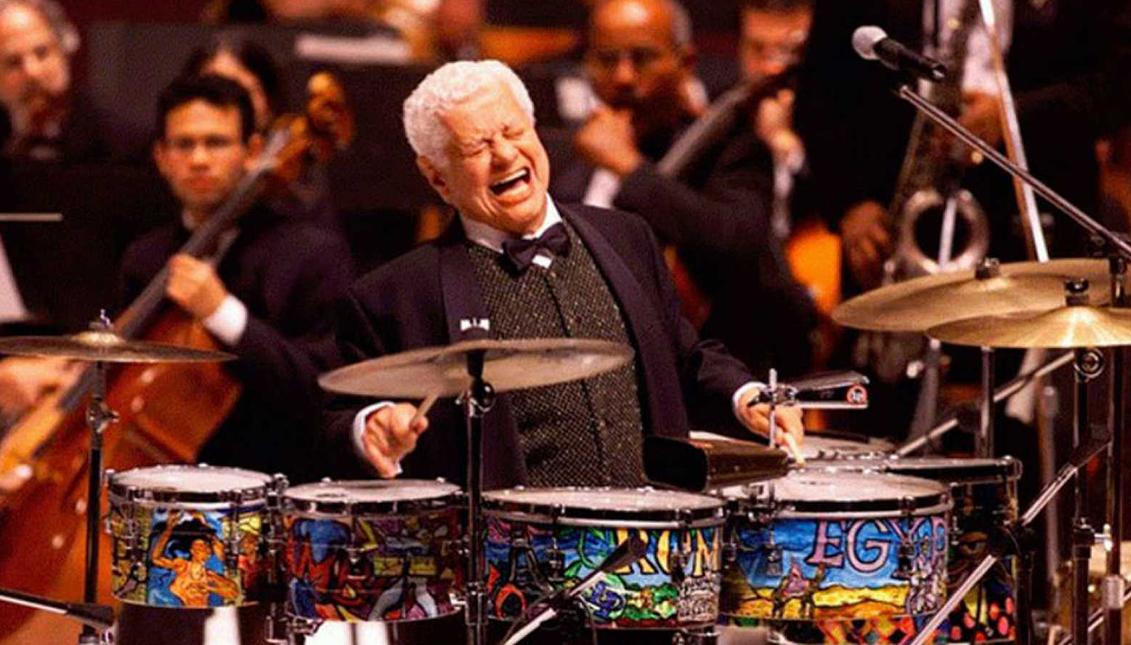