Nathan Davis (February 15, 1937 – April 9, 2018) was a talented jazz saxophonist and an influential educator who touched the lives of a countless number of musicians.

Born in Kansas City, Kansas, he earned a degree in music education from the University of Kansas and, while serving in the military, played with the U.S. Army Band in Berlin.

Primarily a tenor and soprano-saxophonist who also played bass clarinet and flute, Davis lived and worked in Paris for several years, performing with Eric Dolphy, Woody Shaw, Larry Young, Kenny Clarke, organist Eddy Louiss and trumpeter Dusko Goykovich during 1964-66 when he made his first recordings.

Settling in Pittsburgh, he became the head of the Jazz Studies department at the University of Pittsburgh, the founder of Pittsburgh’s annual Jazz Seminar, and helped create the International Academy of Jazz Hall of Fame.

Davis, who earned a doctorate in ethnomusicology from Wesleyan University, taught many jazz and music courses through the years and helped quite a few students.

“I wanted to bring dignity — the same dignity and respect afforded physicians, philosophers and other scholars in academia — to jazz,” Davis said in 2013. “And that, I think, I was able to do.”

He continued working as a musician throughout his life and, while he had a lower profile than earlier, he was part of the Paris Reunion Band in 1986-88 (which included Woody Shaw, Nat Adderley, Slide Hampton and Johnny Griffin) and performed with the all-star group Roots in the 1990s.

Here is Nathan Davis on Mar. 14, 2013 playing “I Thought About You” on soprano with an all-star group in Germany that includes pianist George Cables. 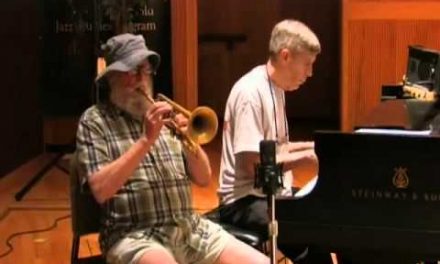