C.T. leads an all-star band through an uptempo version of a Jobim classic

Producer Norman Granz, when he headed the Pablo label, had the opportunity to largely take over the Montreux Jazz Festival in 1975 and 1977.

He assembled all-star groups filled with his artists, recording and filming many of the performances.

While flugelhornist Clark Terry was the leader of the set that included “Samba De Orfeu,” he was just one of five soloists on the piece, a Jobim bossa-nova classic that is taken much faster than the composer originally recorded it.

Terry is featured on the melody and creates a lively solo that is full of joy and brilliance.

He is followed by the notable British tenor-saxophonist Ronnie Scott, vibraphonist Milt Jackson (who sounds particularly inspired), Joe Pass (whose speedy and effortless solo shows why he is so highly admired by other guitarists) and the typically amazing Oscar Peterson; the lead voices are supported by bassist Niels Pederson and drummer Bobby Durham.

It is quite a band, and a performance that lives up to its potential. 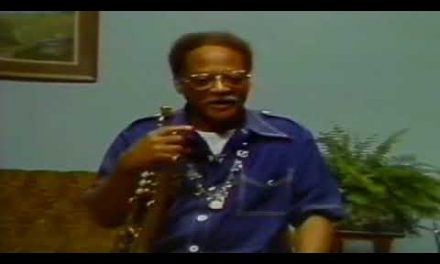