Jean Toussaint is featured playing in the United Kingdom during April 2012.

Captured at the Seven Arts Café in Leeds, the saxophonist delivers a dynamic performance representing a mere glimpse of his true artistic potential. 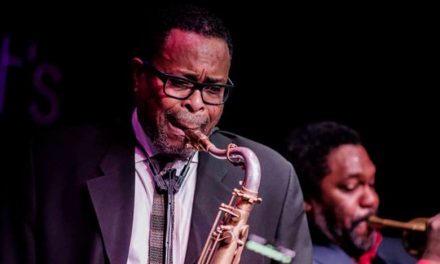