Roland Pembroke Hanna was born February 10, 1932 in Detroit, Michigan. He studied classical piano from the age of 11, but was strongly interested in jazz, having been introduced to it by his friend, pianist Tommy Flanagan. This interest increased after his time in military service, 1950-52. He studied briefly at the Eastman School of Music in 1953 and then enrolled at the Juilliard School when he moved to New York two years later. He worked with several big names in the 1950s, including Benny Goodman and Charles Mingus, and graduated in 1960. Between 1963 and 1966 Hanna led his own trio, then from 1966 to 1974 he was a regular member of the Thad Jones–Mel Lewis Orchestra. Hanna also toured the Soviet Union with this orchestra in 1972. During the 1970s he was a member of the New York Jazz Quartet.

Roland Hanna was in semi-retirement for most of the 1980s, though he played piano and wrote the song “Seasons” for Sarah Vaughan’s 1982 album Crazy and Mixed Up, and returned to music later in the decade. In the late 1980s and early 90s, Hanna was a member of the Lincoln Center Jazz Orchestra and the Smithsonian Jazz Masterworks Orchestra. Around this time, he also began composing chamber and orchestral music; a ballet he wrote has also been performed.

Hanna is often referred to as “Sir Roland Hanna” as he was given an honorary knighthood by President William Tubman of Liberia in 1970. Sir Roland Hanna was a professor of jazz at the Aaron Copland School of Music at Queens College (CUNY) in Flushing, NY and taught at several other music schools. He died of a viral infection of the heart on November 13, 2002. 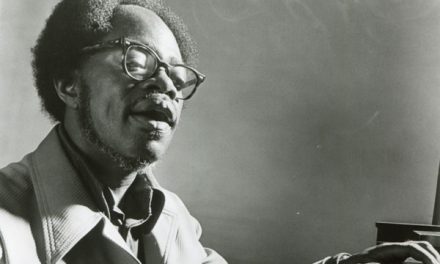