Celina González, a singer and songwriting master of the musica campesina, the traditional music of the Cuban countryside.

Her biggest hit “Santa Barbara” which appears above was co-written with her partner and husband Reutilio Domínguez and was also recorded by Celia Cruz.

Celina and Dominguez met in Santiago de Cuba when she was sixteen. They married and became musical partners until his death in 1971.

In 1948 the couple joined with the then very popular Ñico Saquito and gained increasing exposure on radio, film and television. The couple traveled to NYC where they performed with two of the greatest Cuban artists of all time: Beny Moré and Barbarito Diez.

The relationship with Ñico Saquito exposed Celina to the son and the guaracha forms, and her later work made frequent use of them. 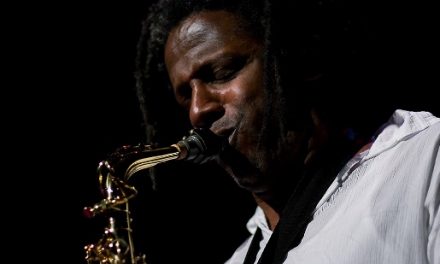 Live At The Montreux Jazz Festival – 1999 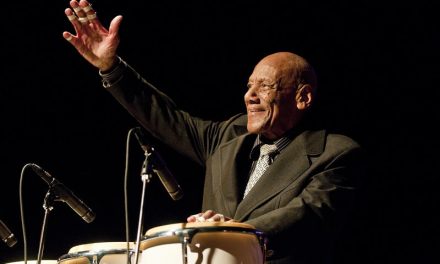