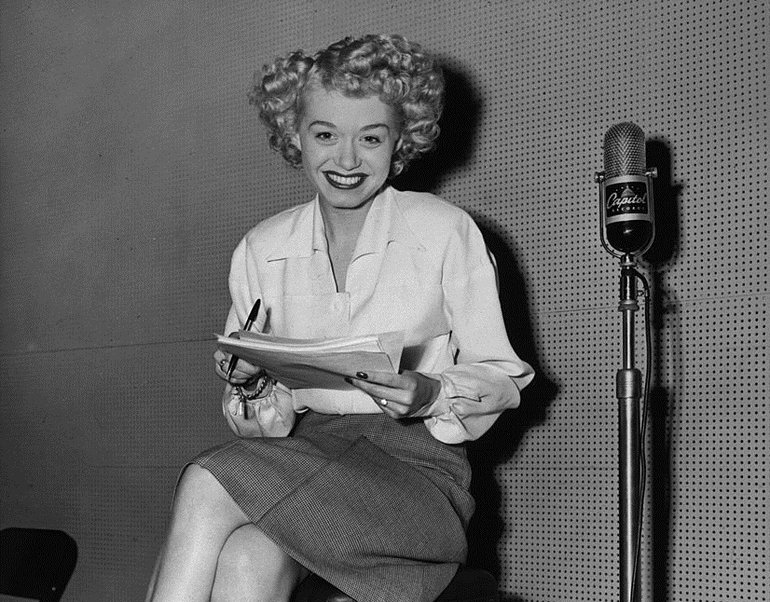 While she became a singer with local orchestras when she was 13 and had stints with the Boyd Raeburn and Benny Strong big bands, Christy was a complete unknown when she auditioned successfully for Anita O’Day’s former spot with the Stan Kenton Orchestra in 1945.

June Christy, who was originally strongly influenced by O’Day, soon developed her own cheerful style and became a major attraction with Kenton, having a hit with “Tampico.”

She performed with Kenton during 1945-48 and 1950-51 (in addition to having occasional reunions in later years) before starting her solo career.

Her recording of “Something Cool” from her first solo album became her trademark song, followed by a series of popular albums for the Capitol label, often featuring Pete Rugolo arrangements.

Considered by many to be the definitive cool jazz singer, June Christy, who was married to tenor-saxophonist Bob Cooper, was largely retired after 1969 but is still warmly remembered today.

June Christy is featured on a rare filmed version of “Something Cool” from 1959.