Getz grew up in New York City, taking up the tenor when he was 13 and joining the Jack Teagarden Orchestra in 1943 when he was just 16.

He had stints with the big bands of Stan Kenton, Jimmy Dorsey and Benny Goodman before gaining fame for his work with Woody Herman’s Second Herd during 1947-49, being one of the “Four Brothers” and taking a famous solo on “Early Autumn.”

While influenced early on by Lester Young, Getz had his own beautiful sound by the time he left Herman’s band to start his own very successful solo career.

Getz, who was on guitarist Johnny Smith’s hit version of “Moonlight In Vermont,” recorded prolifically as a leader from the early 1950s on, sounding consistently rewarding whether jamming with his quartet (which for one period included pianist Horace Silver), playing ballads, appearing with Dizzy Gillespie, or touring with Jazz At The Philharmonic.

Getz spent much of 1959-61 living and playing in Scandinavia, and when he came back to the U.S. he had unexpected success in helping to introduce bossa-nova; his tone fit the gentle Brazilian music perfectly and his Jazz Samba (which was co-led by guitarist Charlie Byrd) and Getz/Gilberto album with Antonio Carlos Jobim and Joao and Astrud Gilberto were huge hits, introducing “The Girl From Ipanema,” “Desafinado” and other bossa-nova classics.

Often seeming a little embarrassed by his commercial success, Getz led a regular quartet with the young vibraphonist Gary Burton and by 1965 had largely left bossa nova behind in favor of hard bop.

While exploring freer sounds and fusion for brief periods (Chick Corea was his sideman in the early 1970s), Getz eventually returned to the straight ahead jazz that he most enjoyed, playing at his peak until the end of his life, always displaying that beautiful tone.

As proof of the last statement, Stan Getz is featured in excellent form during a set at the Munich Philharmonic Hall in the summer of 1990 less than a year before his death. 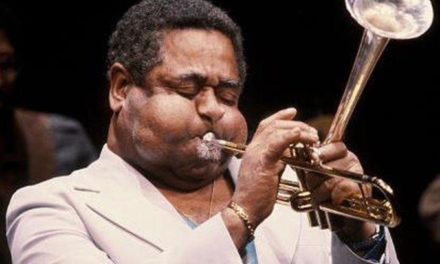 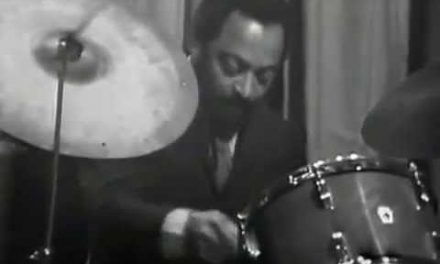