The classic blues singer is remembered

Her brothers included the boogie-woogie pioneer George W. Thomas and pianist Hersal Thomas while her niece was singer Hociel Thomas.

Beulah Thomas sang and played piano in church, performed with Hersal Thomas in tent and vaudeville shows, and in 1915 moved to New Orleans, marrying Matt Wallace in 1917.

In 1923 Sippie Wallace (billed as “The Texas Nightingale”) moved to Chicago where she was signed by the Okeh label and recorded 43 selections during 1923-27 including her popular “Up The Country Blues” and “I’m A Mighty Tight Woman.”

One of the youngest of the classic blues singers of the 1920s, Wallace had such sidemen on her records as Louis Armstrong, Sidney Bechet and King Oliver.

Hersal Thomas’ death in 1926 from food poisoning was a major shock to Wallace and that, coupled with the drop in popularity of classic blues, resulted in her only having one record date in 1927 and recording just two songs in 1929, fading from the music scene.

Wallace moved to Detroit and stopped performing except in church, re-emerging briefly by recording two songs in 1945, six in 1958, and having a guest appearance on a Victoria Spivey record in 1962.

In 1966 Sippie Wallace began making a comeback, recording an album and appearing at festivals, singing in her unchanged blues style.

A stroke in 1970 knocked her out of action for a time but Bonnie Raitt persuaded her to come back again and she made occasional appearances from the mid-1970s until a few months before her death in 1986 at the age of 88.

Sippie Wallace, the last surviving classic blues singer, is featured in fine form in the late 1960s on her “Suitcase Blues.” 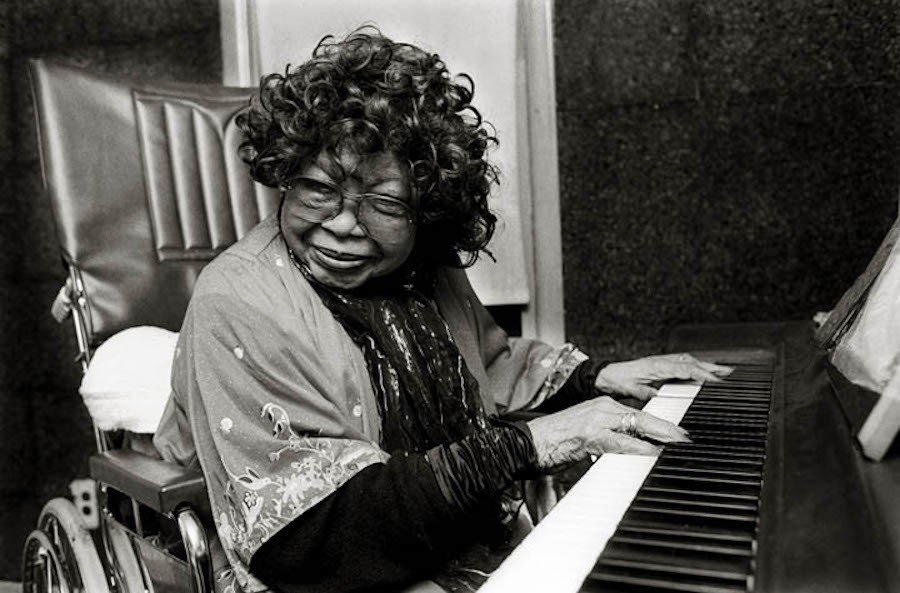