A tribute to the versatile bassist

Bassist Alfred McKibbon was born on January 1, 1919 in Chicago, Illinois.

Raised in Detroit, McKibbon started off as a self-taught dancer in vaudeville before becoming a bassist in the early 1930s.

He worked locally with a variety of groups including one led by altoist Ted Buckner and (during part of World War II.) the Lucky Millinder Orchestra.

Expert at playing Latin rhythms, McKibbon helped make it possible for Chano Pozo to fit in musically with Gillespie’s band.

McKibbon kept very busy through the years, working in a countless number of settings including in the house band at Birdland, with Thelonious Monk, as a member of the George Shearing Quintet for six years, with Cal Tjader, with Miles Davis (the Birth of the Cool dates and on some of the projects with Gil Evans) and, after moving to Los Angeles in 1958, and as a studio musician.

Al McKibbon was a member of the Giants Of Jazz during 1971-72, a group also featuring Gillespie, Monk and Sonny Stitt.

Here is Al McKibbon leading a trio consisting of Big Black on congas and Munyongo Jackson on timbales in the late 1990s. 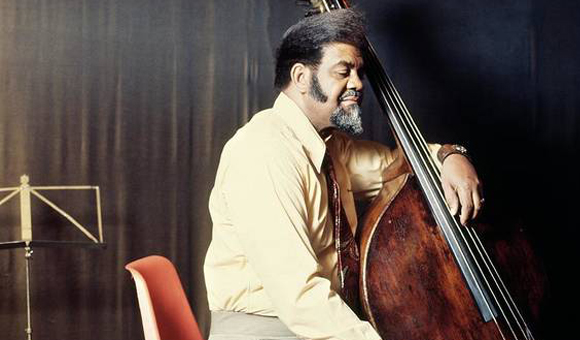