The pianist at the very beginning of her career

Although Alice Coltrane was not well known in the jazz world until she met and married John Coltrane, playing in his quintet during 1965-66, she had an earlier if brief life in jazz.

As Alice McLeod, she had developed a bop-oriented style on piano that was influenced by Bud Powell and made her an asset with Terry Gibbs’ band in 1963.

This rare television appearance features the pianist (who had not yet recorded) at Paris’ Blue Note back in January 1960 playing “Woody’n You” in a trio with bassist Al King and drummer Don Brown.

It is a significant clip on both a historic and musical level. 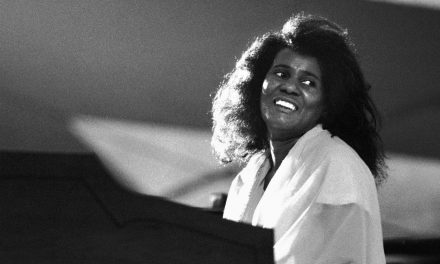