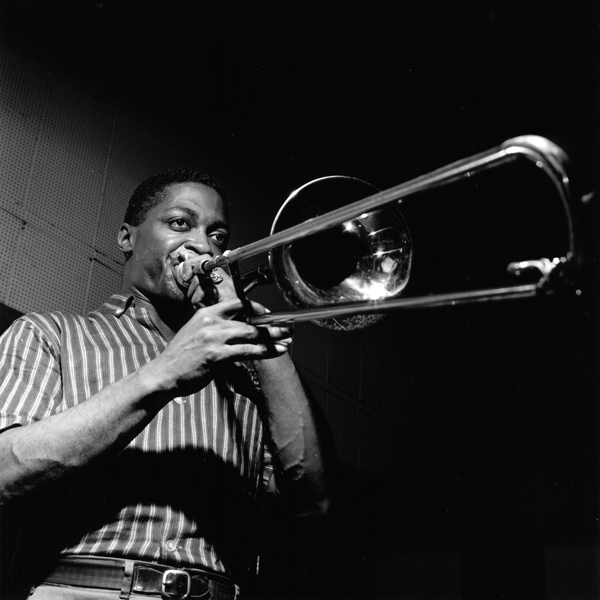 He joined the Earl Hines Orchestra at 19 and in the 1950s was leading his own groups and recording as a sideman with Miles Davis, Dizzy Gillespie, and Sonny Stitt.

Green’s known for having a distinct style in an era dominated by the sound of J.J. Johnson.

If you’re a trombone player or lover, you must listen to his work.

Bennie Green retained the style of the swing era while adapting to the influence of R&B.

Moving on, he played with Charlie Ventura’s band in the late ’40s to some acclaim before returning to work with Earl’s smaller group in 1951.

He would lead his own group for the remainder of the ’50s and much of the 1960s except a short stint with Duke Ellington for a few months between ’68 and ’69.