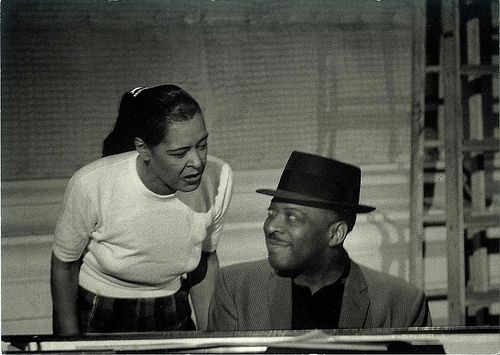 “God Bless the Child” and “Now or Never”

In late 1937, Holiday had a brief stint as a big band vocalist with Count Basie.

The traveling conditions of the band were often poor and included many one-nighters in clubs, moving from city to city with little stability.

Holiday chose the songs she sang and had a hand in the arrangements, choosing to portray her then developing persona of a woman unlucky in love. Her tunes included “I Must Have That Man”, “Travelin’ All Alone”, “I Can’t Get Started”, and “Summertime”, a hit for Holiday in 1936, originating in George Gershwin’s Porgy and Bess a few years earlier.

Count Basie had gotten used to Holiday’s heavy involvement in the band. He said, “When she rehearsed with the band, it was really just a matter of getting her tunes like she wanted them, because she knew how she wanted to sound and you couldn’t tell her what to do.”

We’re not sure how this particular short came to be made so many years after Basie and Holiday worked together, but we’re sure glad it was.

When Holiday worked for Basie, she was a singer with the band. During this filming she was a super star with Carnegie Hall sell outs and hit records. 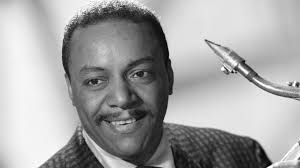 Jumpin’ at the Woodside 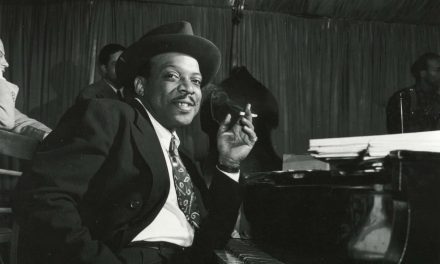