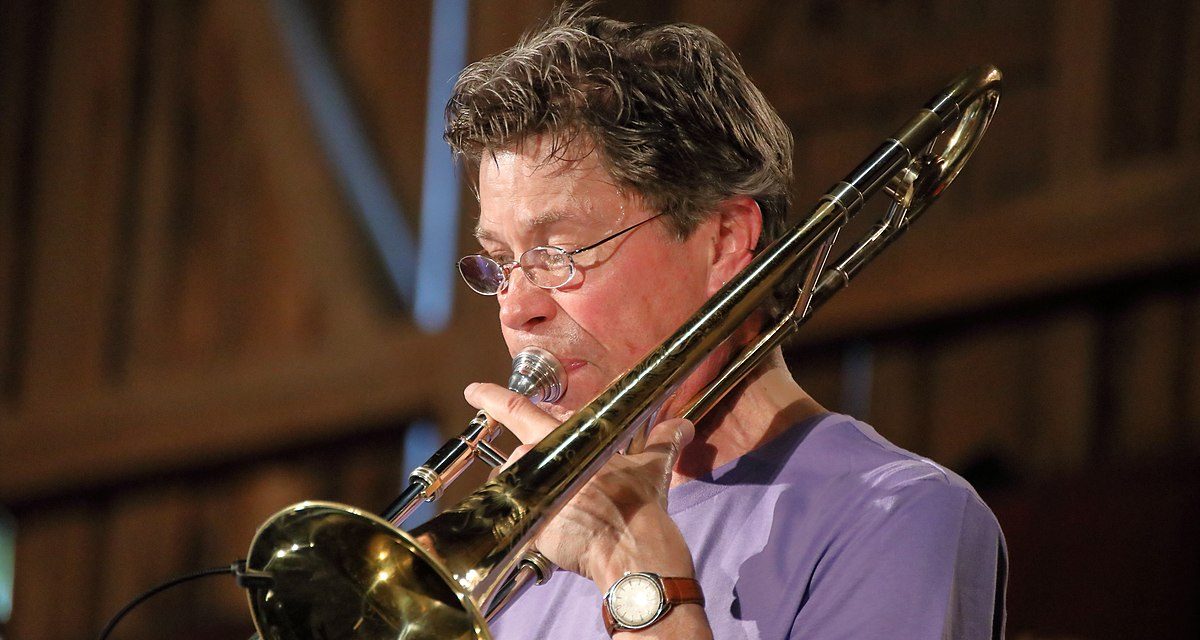 A wild performance with his Pocket Brass Band

Trombonist Ray Anderson has always been an extroverted and chancetaking player, one who extends the range of his instrument both in its notes and expressive emotions.

While often grouped with the avant-garde due to his ability and willingness to perform almost anything with enthusiasm, Anderson is a versatile player who often hints at early jazz in his playing.

One of his most rewarding projects of recent times has been leading his Pocket Brass Band, a quartet comprised of trumpeter Steven Bernstein, Jose Davila on sousaphone, and drummer Tommy Campbell.

The band is heard very much in a New Orleans groove on their very spirited rendition of “Bimwa Swing.”