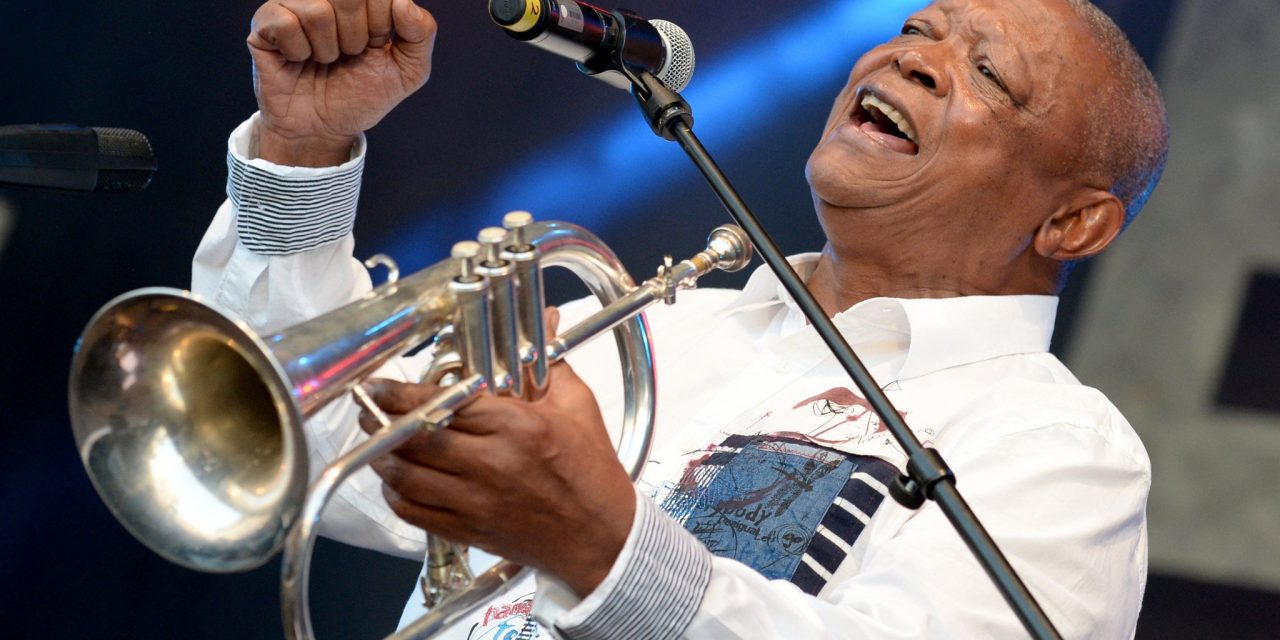 He began playing piano and singing as a young child, but his destiny was changed when he saw “Young Man with a Horn.”

Archbishop Trevor Huddleston gave him his first trumpet at 14 and arranged for him to get lessons from Uncle Sauda, a local brass band leader.

In 1959 Masekela was trumpeter for the first African jazz band to record an LP, the Jazz Epistles, which also featured Dollar Brand (Abdullah Ibrahim).

The beautiful Italian Swiss city by the lake, Lugano…

I’ve only gone by it on a train, but it’s clearly one of the most beautifully sited cities on earth.

Every summer for years the city has hosted a major jazz festival and in this clip we get to see a glimpse of the downtown at the beginning of the concert.