A tribute to the inventive pianist

Part of a musical family, Camilo started on the accordion before permanently switching to piano when he was nine.

He received extensive classical training, developed fast, and at 16 was playing with the National Symphony Orchestra of the Dominican Republic.

Attracted to jazz after he heard an Art Tatum record, he moved to New York in 1979 to study at Mannes College and at Juilliard.

In 1983 Camilo sat in with Tito Puente, was heard by Paquito D’Rivera, and toured with the altoist for four years.

In 1985 he recorded his first of many albums as a leader (Why Not) and in 1988 he signed with the Sony label; he has been considered a major jazz pianist ever since.

This live version of “Why Not,” which includes electric bassist Anthony Jackson, has Camilo tearing into his catchy piece with his trio and an orchestra. 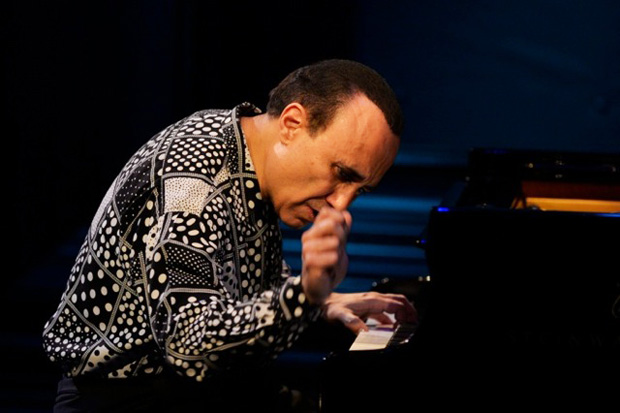