In addition to leading his own groups, Scott is a much in demand studio musician.

He was a founder of the “Blues Brothers Band” and wrote the theme songs for the TV shows Starsky and Hutch and The Streets of San Francisco.

Quincy Jones, Frank Sinatra, Steely Dan, Pink Floyd, George Harrison, the Beach Boys, the Grateful Dead, Paul McCartney and others have all had him on their tracks.

The winner of three Grammy Awards, Scott has released more than twenty albums as leader since 1967.

In addition to saxophone Tom plays clarinet and flute and began to play professionally in his teens as leader of his “Neoteric Trio.”

Like his father he is best known as composer of TV themes including those for the shows “Starsky and Hutch” and The “Streets of San Francisco.”

The three time Grammy winner also has a number of TV and film scores to his credit including composing and conducting for the movie “Conquest of the Planet of the Apes.”

A performer with the “Les Deux Love Orchestra” Tom Scott has been the conductor of more than thirty symphony orchestras world wide and served as a session musician to many famous recording artists.

Tom Scott is featured during a performance in 2009. 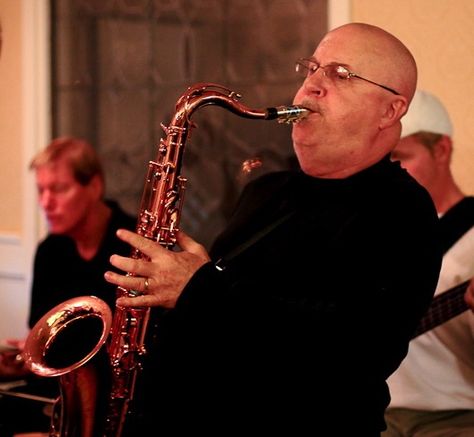