A tribute to the unique and witty performer

Guitarist and singer Bulee “Slim” Gaillard was born January 9, 1911 in Detroit, Michigan although, due to his fanciful storytelling, both the birthdate and place of birth might be fictional.

Other reports have him born in Santa Clara, Cuba or Clairbone, Alabama as early as 1911 or as late as 1918.

When he was 12, he accompanied his father (a ship’s steward) on a trip around the world and was apparently accidently left behind on the island of Crete where he lived for four years, working at odd jobs and continuing to travel the world before ending up in Detroit.

He formed a humorous novelty act with bassist Slam Stewart (known as Slim & Slam), had a major hit with “Flat Foot Floogie,” recorded regularly in jazz settings, and even appeared prominently in a musical scene in the 1941 movie Hellzapoppin.’

Gaillard developed his own stream of consciousness language, singing lyrics full of humorous if nonsensical syllables.

He was at the peak of his popularity in the mid-1940s when he teamed with bassist Bam Brown, worked often at Birdland, and had Charlie Parker and Dizzy Gillespie as his sidemen on one record session.

Gaillard performed throughout the 1950s and ‘60s, recording one number (called “Genius”) on which he played all of the instruments including brass and reed instruments, acted on several television show, had a role in Roots: The Next Generations, and was based in Europe during the 1980s. 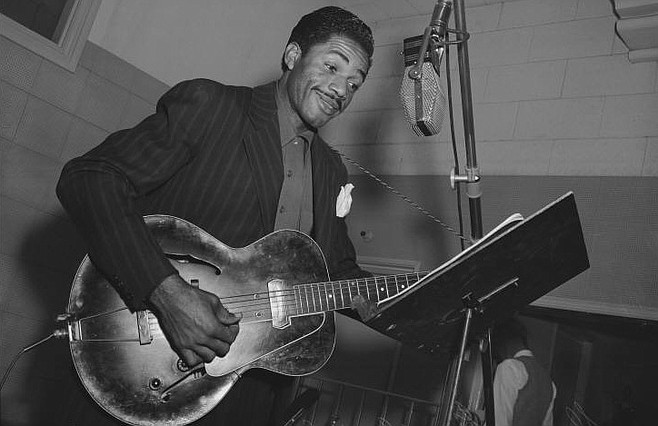