Guitarist Ralph Towner was born on March 1, 1940 in Chealis, Washington.

He grew up in a musical family, began playing piano at three, and trumpet at five.

Towner did not even begin start on the guitar until he was attending the University of Oregon as an art major; he purchased a classical guitar but for years still considered himself primarily a pianist.

By 1968, when he moved to New York, he was a guitarist who worked with Jimmy Garrison and Jeremy Steig, really mastering the 12-string guitar as a member of the Paul Winter Consort.

Towner was very unusual at the time, being a jazz improviser who was strongly influenced by folk and classical music.

In 1970 he and some of the other members of the Consort broke away to form Oregon, a co-op group that was a perfect outlet for his wide-ranging musical interests.

While performances by Oregon have become rare, Ralph Towner (who lives in Rome) has continued up to the present time as a solo artist.

He is featured playing beautiful solo guitar on “I Fall In Love Too Easily.” 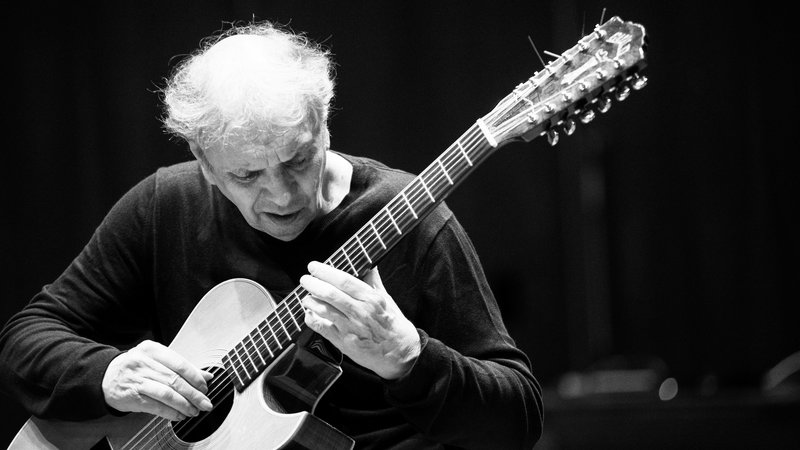