Saxophonist and flautist Sonny Fortune was born on May 19, 1939 in Philadelphia.

His first long term gig was with Mongo Santamaria which was followed by two and half years with McCoy Tyner.

In ’74, he got the call from Miles and a year later he debuted as leader with his album “Awakening.” Over the years Fortune has also been a much in demand sideman featured by Dizzy Gillespie, Elvin Jones, Oliver Nelson, George Benson and Nat Adderly.

He replaced Dave Liberman in Miles Davis band 1974 and is featured on the albums “Get Up With It”, “Agharta” and “Pangaea.”

In 1975 he Fortune left the Davis assembly playing briefly with Nat Adderley before forming his own group during June of that year.

Sonny Fortune went on to released two albums as leader “Awakening” and “Waves of Dreams” on the Horizon label and continued to perform joining the “Coltrane Legacy Band” with McCoy Tyner, Elvin Jones, and Reggie Workman in 1987.

Since 2000 Fortune has continued to record and tour giving performances around the globe.

The “Sonny Fortune Quartet” perform in Paris at the Duc des Lombards jazz club in July 2009. 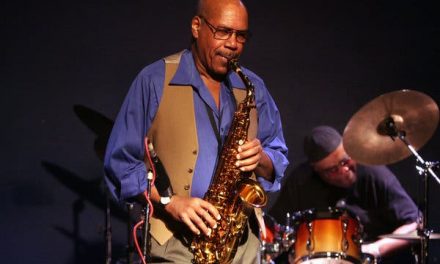