A tribute to the L.A.-based pianist

His mother was a church pianist; Hawes began playing piano when he was three, being mostly self-taught.

Hawes was part of the West Coast jazz scene starting with an eight-month stint with the Howard McGhee Quintet in 1947-48; part of the time Charlie Parker was in the group.

Hawes freelanced, served in the Army during 1952-54, and then had his own trio with bassist Red Mitchell and drummer Chuck Thompson.

The bop-oriented pianist, who was influenced early on by Bud Powell, recorded regularly for the Contemporary label and had a stint with Charles Mingus.

A heroin addict, Hawes was arrested on his 30th birthday and sentenced to ten years in jail.

Pardoned by President Kennedy in 1963, Hawes resumed his career, recorded prolifically, he doubled on electric piano for a time in the 1970s, and wrote his highly rated memoirs Raise Up Off Me.

Hampton Hawes passed away when he was just 48.

This film clip features Hawes in a quartet with drummer Shelly Manne, bassist Ray Brown and tenor-saxophonist Bob Cooper at Shelly’s Manne-Hole in 1970 performing a blues, “Stella By Starlight” and “Milestones.” 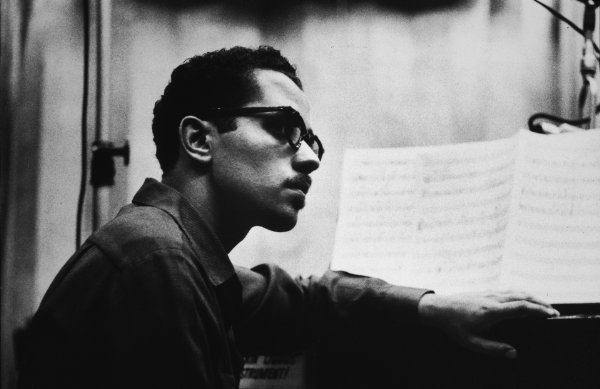