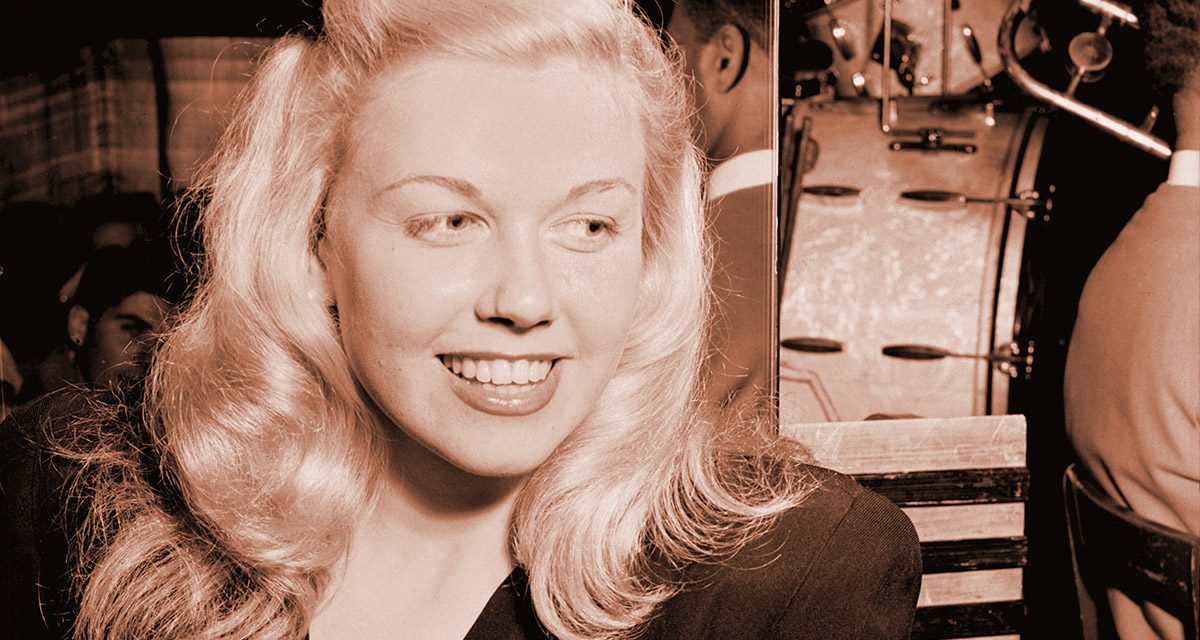 A tribute to the swing era singer and famous actress

Born Doris Mary Ann Kappelhoff on April 3, 1922 in Cincinnati, Ohio, she had hopes of working as a dancer but a car accident in 1937 made that impossible.

Instead, she sang along with the swing music that she heard on the radio and was overheard by her mother who arranged for her to have singing lessons.

Within a short time, she was singing on local radio, joined Barney Rapp’s big band in 1939, and changed her name to Doris Day.

After brief stints with the big bands of Jimmy James and Bob Crosby, she became an important member of the Les Brown Orchestra during 1940-46, having several hits including a giant one in 1945’s “Sentimental Journey.”

While not a jazz singer, Day had a very impressive voice that always seemed to express happiness.

She was recommended for a role in 1948’s Romance On The High Seas which yielded the hit “It’s Magic” and began her movie career.

While her earliest films had her playing lively roles, Doris Day soon settled into portraying “the All American Girl” in a long series of hit movies, becoming one of the most popular stars of the 1950s and ‘60s.

From the jazz standpoint, the movies of greatest interest include Young Man With A Horn, I’ll See You In My Dreams (during which she introduced “Secret Love”), and Love Me Or Leave Me (in which she portrays Ruth Etting) while a small group album with Andre Previn from the early 1960s and a few sessions with Harry James hint at her potential as a jazz singer.

Day recorded regularly throughout the era and, after she stopped making films after 1968, starred on The Doris Day Show during 1968-73, gradually dropping out of public view after that although she made rare public appearances until shortly before her death.

Here is Doris Day at the age of 26 on two performances from the 1948 movie Romance On The High Seas, singing and swinging “Put It In A Box” and “It’s You Or No One” with backing from the Page Cavanaugh Trio (with Cavanaugh on piano, guitarist Al Viola and bassist Lloyd Pratt).