A tribute to the guitarist and educator

He was born on Aug. 6, 1936 in Waterbury, Connecticut and took up the guitar as a teenager.

After working with local bands and making his recording debut on a Herb Jeffries album in the late 1950s, Diorio moved to Chicago where he was an important part of Eddie Harris’ popular Exodus to Jazz album.

Diorio, who was inspired by Wes Montgomery and Jim Hall, recorded other albums with Harris and appeared on records by Bill Henderson, organist Sam Lazar, and Sonny Stitt.

Diorio moved to Miami in 1972 where he played regularly with Ira Sullivan, collaborated with the up-and-coming Jaco Pastorius, and worked with Stan Getz, Pat Metheny, Horace Silver and Freddie Hubbard, moving to Los Angeles in the mid-70s.

In 1977, Diorio became one of the founders of the Guitar Institute of Technology and was an influential instructor during 1977-97; he also taught at USC and published several instructional books and videos.

The guitarist, who also recorded with Anita O’Day, Horace Silver, and Monty Budwig, led 19 albums in his career.

He was forced to retire in April 2005 when he suffered a serious stroke,

Here is Joe Diorio playing a solo version of “All The Things You Are,” making it all look easy 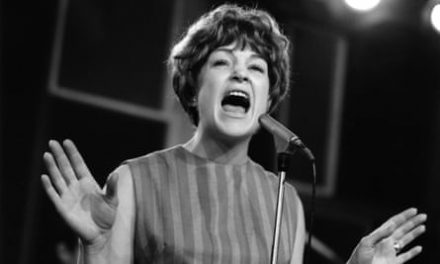