A tribute to the adventurous trumpeter

After serving in the Army during 1965-67, he organized a sextet in St. Louis and became the conductor and director of the Black Artists Group, an adventurous ensemble that included Julius Hemphill, Oliver Lake, Hamiet Bluiett and John Hicks.

After working in St. Louis for several years, he toured Paris in 1972 as a member of Oliver Lake’s Black Artists Group, also working with Anthony Braxton and Steve Lacy in addition to teaching at the American Center in Paris.

Carroll moved to New York in 1975 where he worked as part of the avant-garde jazz movement, taught music, and wrote for plays and television.

In addition to his own occasional recordings as a leader, Carroll has recorded with the Human Arts Ensemble, Hemphill, Lake, Vinny Golia, Muhal Richard Abrams, Jack DeJohnette, David Murray, John Carter, Carla Bley, Sam Rivers, Tim Berne and many others.

Baikida Carroll is featured in 2001 during an episode of the jazz series “Artists On The Cutting Edge.” 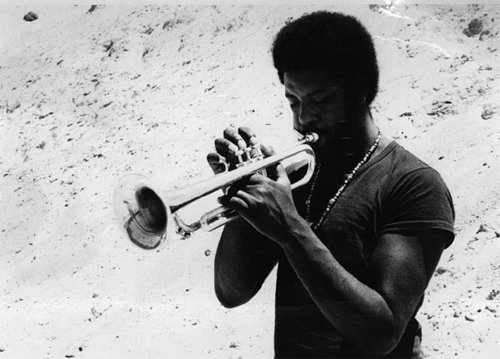