From “West Side Story “

She and pianist Ran Blake toured Europe to considerable acclaim in 1963. The movie version of “West Side Story” came out in 1961, the year Lee graduated from college, so this melody would have been on everyone’s mind.

She and Bard were schoolmates at Bard College, a small college in the Hudson Valley that also produced the members of Steely Dan.

Could be!
Who knows?
There’s something due any day;
I will know right away,
Soon as it shows.
It may come cannonballing down through the sky,
Gleam in its eye,
Bright as a rose!

Who knows?
It’s only just out of reach,
Down the block, on a beach,
Under a tree.
I got a feeling there’s a miracle due,
Gonna come true,
Coming to me!

With a click, with a shock,
Phone’ll jingle, door’ll knock,
Open the latch!
Something’s coming, don’t know when, but it’s soon;
Catch the moon,
One-handed catch!

Around the corner,
Or whistling down the river,
Come on, deliver
To me!
Will it be? Yes, it will.
Maybe just by holding still,
It’ll be there!

Come on, something, come on in, don’t be shy,
Meet a guy,
Pull up a chair!
The air is humming,
And something great is coming!
Who knows?
It’s only just out of reach,
Down the block, on a beach,
Maybe tonight . . . 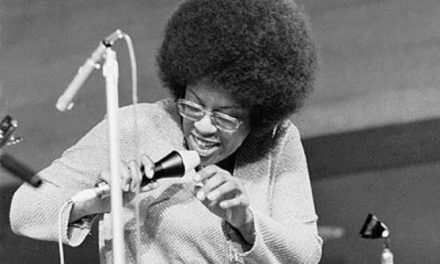