A tribute to the drummer and free funk pioneer

Drummer and leader Ronald Shannon Jackson was born January 12, 1940 in Fort Worth, Texas.

He had some piano lessons as a child, started on drums as a teenager, and at 15 was playing professionally, starting with tenor-saxophonist James Clay’s group.

After moving to New York in 1966, Jackson became quite busy, performing with the likes of Charles Mingus, Jackie McLean, Joe Henderson, McCoy Tyner, Betty Carter and Kenny Dorham among many others.

While always flexible enough to play hard bop, Jackson became associated with the avant-garde, working with Albert Ayler during 1966-67.

After a period outside of music, he re-emerged to work with Ornette Coleman in Prime Time during 1975-76 and Cecil Taylor in 1978.

With his Decoding Society (which Jackson formed in 1979), the drummer helped pioneer free funk, a mixture of free jazz with unpredictable funk rhythms (an extension of Ornette’s Prime Time).

Jackson also worked with Last Exit (1986-94), several projects with bassist Bill Laswell, Power Tools, Leo Smith’s Golden Quartet (2005), the Last Poets, and other short-term groups, all of which were quite adventurous.

Dancing In Your Head 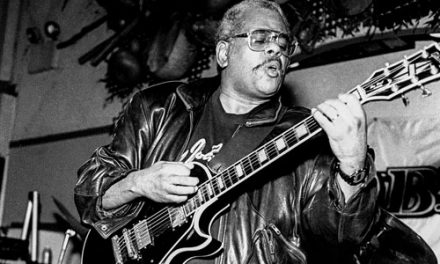