A tribute to the immortal violinist

Violinist Stephane Grappelly (who went by Grappelli after 1969) was born on January 26, 1908 in Paris, France.

He began playing violin at 12 and at 15 was supporting himself as a musician, accompanying silent films.

Inspired by Joe Venuti, Grappelli began playing jazz when he was 20, doubling on piano and working in 1929-30 with Gregor’s Orchestra.

In 1931 Grappelli met Django Reinhardt and in 1934 they formed the Quintette of the Hot Club of France, performing together regularly for five years that found them both becoming famous and making many classic recordings.

In 1939 the band broke up when Grappelli decided to stay in England with the outbreak of World War II; he soon led his own group which often featured the young pianist George Shearing.

After the war, Grappelli and Reinhardt had several recorded reunions.

The violinist stayed musically active in the 1950s and ‘60s but was in danger of slipping into obscurity when in the late 1960s he became a world traveler and began performing with groups inspired by his earlier work with Django.

Stephane Grappelli is featured performing Stevie Wonder’s “You Are The Sunshine Of My Life” in a group with guitarist Martin Taylor. 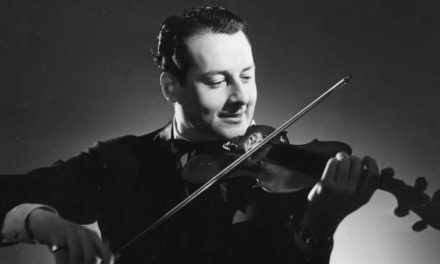 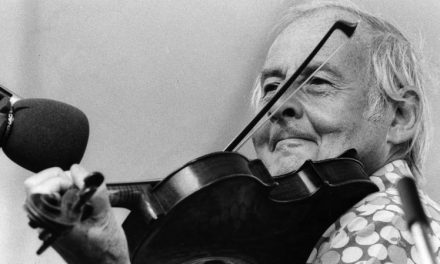