A Life on the Strings

Guitarist and composer Earl Klugh was born on September 16, 1953 in Detroit, Michigan.

A self-taught acoustic guitarist, Klugh was first inspired by the guitar playing of Chet Atkins.

Klugh began recording as a leader in the ’70s. At the 1981 Grammys, him and pianist Bob
James won Best Pop Instrumental Performance for their crossover success One on One.

A prodigy on the instrument, he started playing guitar at the age of ten and with in a couple of years became enamored with the possibilities of instrument after seeing Chet Atkins perform on TV.

His first appeared on record at the age of fifteen on Yusef Lateef’s “Suite 16”.

His album “One on One” with Bob James won the Grammy for Best Pop Instrumental Performance of 1981.

Earl Klugh has recorded over thirty albums in his career including 23 Top Ten charting hits, five of which ranked at No. 1.

Klugh received his 12th Grammy nomination for 2008’s The Spice of Life. 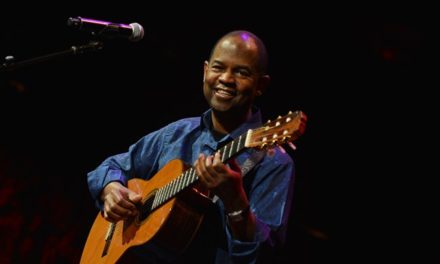