Played piano as a child but didn’t get serious abut music until he began learning trumpet in his early teens.

Navarro joined a dance band and toured the mid-west following his graduation from high school and after spending a few years on the road with different groups including Snookum Russell’s territory band he settled in New York City in 1946.

There, he played with top drawer musicians including Charlie Parker but turned down an offer the join one of the saxophonist’s bands because he was in great demand and capable of earning more on his own.

Tuberculosis coupled with a weight problem led to his slow decline hastened by drug addition, and Fat Navarro was hospitalized on July 1, 1950 where he passed away six days later on the eve of July 7.

Fats was one of the SOURCES of trumpet. A musicians with amazing technical ability, he had a big influence on Clifford Brown and thus his approach to the instrument influenced Lee Morgan, Freddie Hubbard, and Woody Shaw and indirectly thousands of jazz trumpeters of the post war era.

Here’s what drummer Roy Haynes said about him:

“Fats was a spectacular musician because, in a time when cats arrived on the scene with nothing, he came on with everything…

He could read, he could play high and hold anybody’s first trumpet chair, he could play those singing, melodic solos with a big beautiful sound nobody could believe at the time, and he could fly in fast tempos with staccato, biting notes and execute whatever he wanted with apparently no strain, everything clear.

And every note meant something. You know, there are those kinds of guys who just play a lot of notes, some good, some bad. Fats wasn’t one of those. He made his music be about each note having a place and a reason. And he had so much warmth, so much feeling.

That’s why I said he had everything.”

Recorded in New York on January 1947 featuring “Fats Navarro and his Thin Men”. 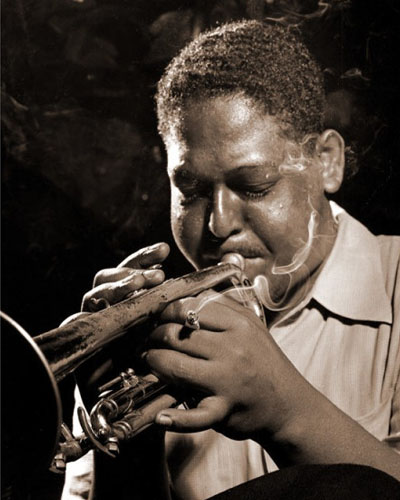 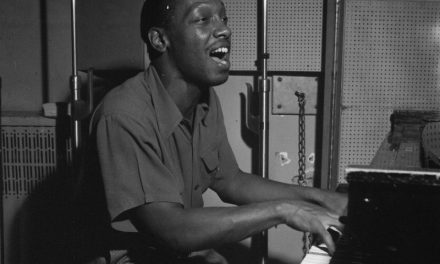