More from The Maestro

Bebo Valdés was a big man whose music revealed a huge heart. The gentle giant of Cuban music, who died Friday (March 22) at age 94, was one of the founders of Latin jazz, and a pioneer in bringing Afro-Cuban sacred rhythms to popular dance music.

His career took him from behind the piano at Havana’s famed Tropicana club to a hotel lounge in Stockholm, where he played for a living for twenty-five years, before returning to recording and touring when he was in his late seventies. His remarkable comeback reaped five Grammy awards for a succession of masterful Latin jazz recordings, three of which appeared on the Billboard charts. He continued to play the piano after he was diagnosed with Alzheimer’s disease, spending most of his last years in Southern Spain, at times in the company of his son, the pianist Chucho Valdés, from whom he had been separated for many years before music brought them together again.

“Bebo was one with his music,” said Nat Chediak, the Miami-based producer, who, with Spanish filmmaker Fernando Trueba, made the recordings that brought Valdés his late-in-life renown. “I can’t recall a single day that went by without his playing the piano. In a way, it kept him alive.”

Born Ramon Valdés in the village of Quivican, at 17, Valdés left for Havana to study at the Conservatory. In 1948, he was hired to play with the popular bandleader Armando Romeu’s orchestra at the Tropicana, where Valdés became musical director at the height of the mambo era.

“The Tropicana was paradise,” he remembered in 1996, in an interview with this reporter published in the Miami New Times. “It was the most modern place that you could ever see, and the most beautiful. Everyone came through there — Nat King Cole, Woody Herman, musicians and singers from all over the world. And I was the piano player.”

“I coached him in Spanish when I did arrangements on his album,” Valdés recalled. “He was a great singer, but he was a better piano player.”

The American jazz musicians who frequently played the Tropicana and other Havana spots inspired Cuban musicians to their own jam sessions, which they dubbed descargas.

“A bunch of musicians would meet every Sunday at somebody’s house. We’d get together to let out the expressions that we had inside,” Valdés said.

1952, Verve’s Norman Granz recruited Valdés to record the label’s first Afro-Cuban jazz session in Cuba, and later signed the Cuban pianist to a four-year contract. Valdés, heading up his Sabor de Cuba orchestra, had developed a new kind of rhythm, called batanga, that for the first time incorporated the bata, sacred double-headed drums used in the rituals of the Afro-Cuban Yoruba religion.

“The story of Latin jazz is really a very long story,” Valdés said in a 2005 interview with this writer. “It began when the Europeans didn’t bring white women with them to the Americas; mulatos were born from the female slaves. And European music similarly combined with the African rhythms. [It’s] a fusion of races that has created all of the rhythms that we have today in the Americas – from American jazz to Cuban music – where don’t you see a conga on stage today? Latin jazz is the mix of those things, and it’s kept on evolving in many different ways.”

Soon after Fidel Castro’s victory in 1959, Valdés prepared to leave, sensing there was not place for him in the new Cuba.

“If you didn’t go along with it you were out,” he recalled. “I had a recording session one afternoon at 4 o’clock — I already knew what was going to happen and I was recording material to take with me to Mexico. An individual came in; he said he was from the militia or something. He had a red shirt on, he had two trucks and a bus parked outside to go to the plaza where that man, ‘Mr. Beard,’ was going to speak. I said, ‘Sorry, I have a session now.’ And he said, ‘There is no recording session, everything is suspended.’ I said, ‘I’m not going to any meeting, I’ll watch it at home on TV.’ He said, ‘You must go, comrade.’ I said, ‘I’m not your comrade. I’m a friend or an enemy or nothing.’ He said, ‘Listen, you’re on the wrong track. If you don’t get on that bus, you’re going to have problems.'”

He stayed off the bus.

In October 1960, Valdés left his family behind and went to Mexico City with Rolando Laserie, a singer in his band. Upon leaving the island he left behind a musical legacy with his five children, who in addition to Chucho, include the Cuban soul singer Mayra Caridad Valdés. On a European tour with the Havana Cuban Boys, he met his future wife, Rose Marie Pehrso, when the band was playing in a park in Stockholm (they married and had two sons). Valdés became a Swedish citizen. In 1990, when he was still playing in the hotel lounge, when sax player Paquito D’Rivera sought him to record with Laserie, Israel Lopez “Cachao”, D’Rivera, and other musicians who had also left Cuba over the years. Chediak, then the director of the Miami Film Festival, worked with D’Rivera to organize the jam session recorded for the album, “Bebo Rides Again.”

The Spanish film director Fernando Trueba subsequently featured Valdés in this Latin Jazz documentary “Calle 54”, in which he was reunited with son Chucho for the first time since leaving Cuba. Valdés went on to record a string of internationally successful albums with Trueba and Chediak. His stunning 2004 flamenco-Cuban collaboration with Spanish singer Diego “El Cigala,” “Lagrimas Negras,” peaked at No. 2 on the World Albums chart and at No. 4 on Latin Pop Albums. The two CD/DVD set “Bebo de Cuba” (2005) amounts to a musical biography of Valdés.

His music was also featured in Trueba’s animated film, “Chico & Rita,” which was loosely based on Valdes’ life. The movie was nominated for an Oscar in 2012.

“He’s always stuck to his principles and ideas, and one of the most important things in the film is how people all over love him,” Carcas told Billboard at the time of the film’s debut. “No matter where or who they were, everyone wanted to talk about Bebo Valdés.”

Valdés last studio album was “Bebo y Chucho Valdés: Juntos Para Siempre” (“Bebo and Chucho Valdés: Together Forever”). The album, produced by Trueba and Chediak, charted at No. 20 on Billboard’s Traditional Album Chart and No. 38 on the Jazz Albums chart. On the album, father and son, both giants in stature and in music, performed classics from the Cuban canon, including compositions written by Bebo Valdés.

“As his music eloquently displays, he loved Cuba dearly, to the very end,” Chediak said. ”Cuba has lost one of its greatest musicians, ever.” 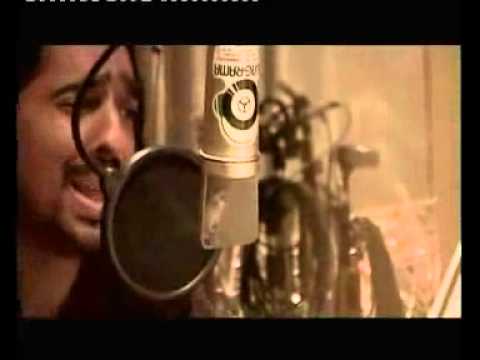