He quit school at 14 to work in Kansas City’s nightclubs, first as a cook, and later as a singing bartender.

Though known as a blues singer, he was also sought out by jazz masters like Duke Ellington, Count Basie and Art Tatum.

He began work a bartender and became known as “The Singing Barman” at night spots including The Kingfish Club, with his piano playing partner Pete Johnson.

In 1936 the duo traveled to New York where they appeared on the same bill as Benny Goodman, but unable to pick up additional bookings left and returned to Kansas City.

Fate intervened once more in 1938 when John H. Hammond invited them back to New York as featured performers in his “From Spirituals to Swing” concerts at Carnegie Hall leading to their first major hit with the song “Roll ‘Em Pete.”

Joe Turner would record with extensively with Pete Johnson, Art Tatum, and Sammy Price among others.

Replacing Jimmy Rushing in the “Count Basie Orchestra” and performing at Harlem’s Apollo Theater, in 1951 Big Joe Turner was spotted by talent scouts who signed him with Atlantic Records.

He scored his biggest recorded success in 1954 with “Shake, Rattle & Roll” the first in a string of pop hits. 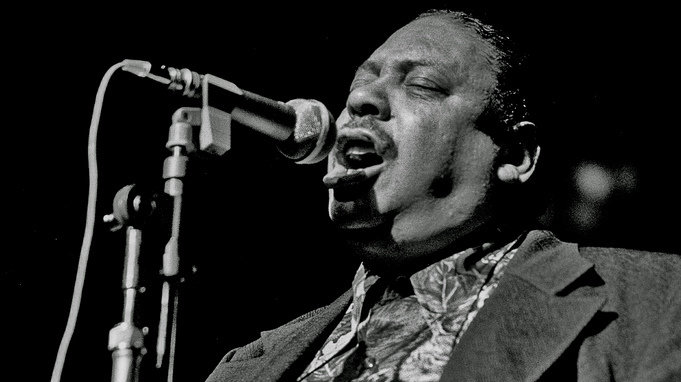 Oke She Moke She Pop