Both Booker’s father and grandfather were piano-playing Baptist ministers, and he began learning piano in church.

Through his drug use and multiple arrests in New Orleans, Booker met lawyer Harry Conick Sr., who agreed to nullify prison sentences if Booker would teach his son piano.

Booker recorded as a soloist, releasing successful singles in jazz and R&B. He was especially successful in Europe.

Although his mother gave him a saxophone as a gift, he had much more interest in the keyboard, playing organ in the Baptist Church and learning from the piano stylings of Tuts Washington and Edward Frank.

Booker enrolled as an undergraduate in Southern University’s music department during the late ’50s where he developed the classical background reflected in his playing.

In 1954 James Booker made his first recordings “Doin’ the Hambone” and “Thinkin’ ‘Bout My Baby” for Imperial. 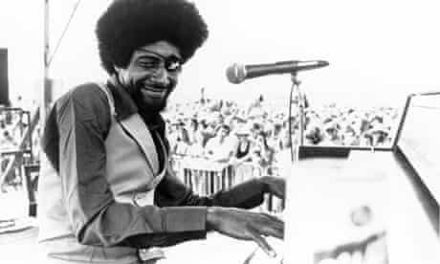