A tribute to the popular acoustic guitarist

Guitarist Earl Klugh was born on September 16, 1953 in Detroit, Michigan.

Klugh started on the piano when he was three, switching to guitar at the age of ten.

His main influence and inspiration is Chet Atkins who he first saw on television when he was 13.

Like Atkins, Klugh plays very melodically and is restrained in utilizing his strong technique.

Klugh made his recording debut when he was just 15 on a Yusef Lateef record (Suite 16) and two years later he gained attention when his acoustic sound contrasted with George Benson’s playing on the latter’s White Rabbit.

Klugh joined Benson’s band for a time in 1973 before launching his own very successful solo career.

While Earl Klugh’s music is sometimes pop or light r&b, his pretty tone and melodic style have always been of interest to jazz listeners and he remains a popular and genial performer.

Earl Klugh in 2001 plays an easy-listening piece, “Whispers And Promises.” 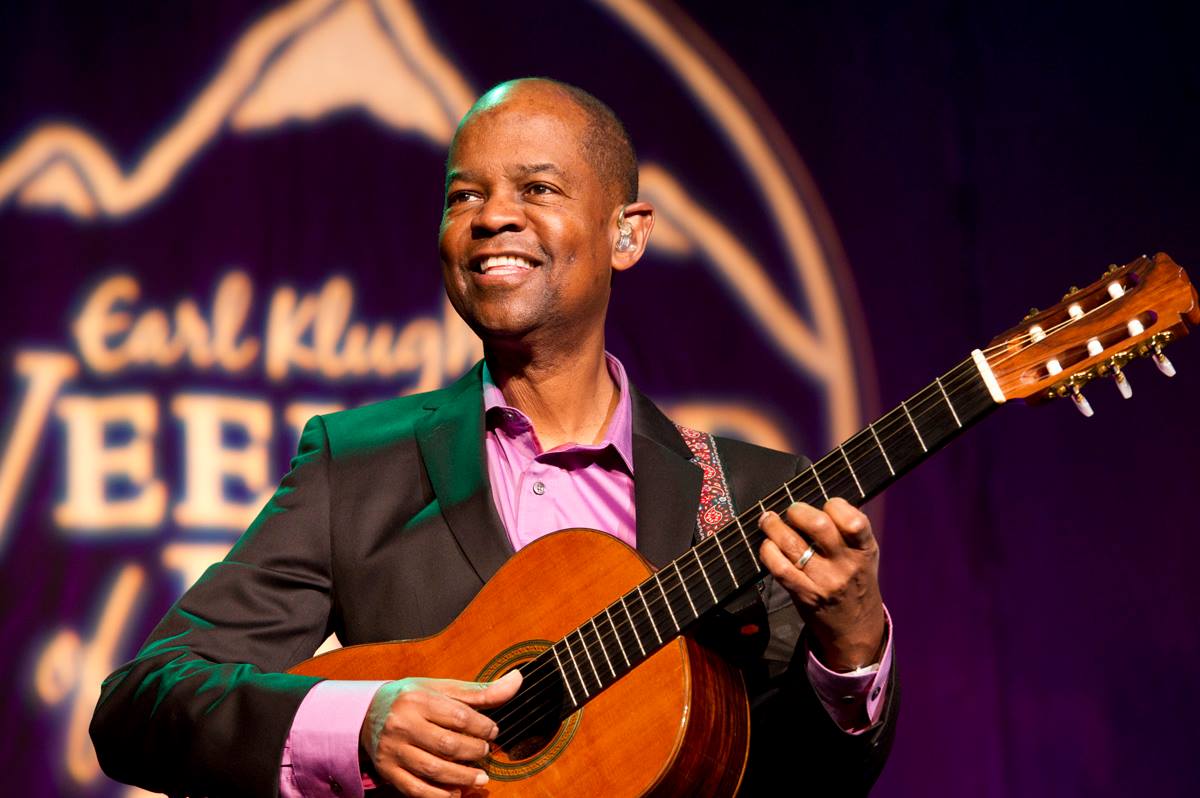