Louie Bellson drives the orchestra as only he could

In 1951 the superb drummer Louie Bellson joined Duke Ellington’s orchestra in what was dubbed “The Great James Robbery.”

Ellington needed replacements in a hurry and he took three musicians from Harry James’ big band: Bellson, altoist Willie Smith and his former valve trombonist Juan Tizol; the good-humored James said that if Duke had offered him a job, he would have left too.

Bellson invigorated the Ellington Orchestra with his drumming and a few compositions as can be seen in this performance of his original “The Hawk Talks” (which was dedicated to Harry James, not Coleman Hawkins) from the Apollo Theater.

While trumpeter Cat Anderson leads the trumpet section with some high-note screaming, Ray Nance does a little dancing and takes a cornet solo before Bellson drives the piece to its conclusion. 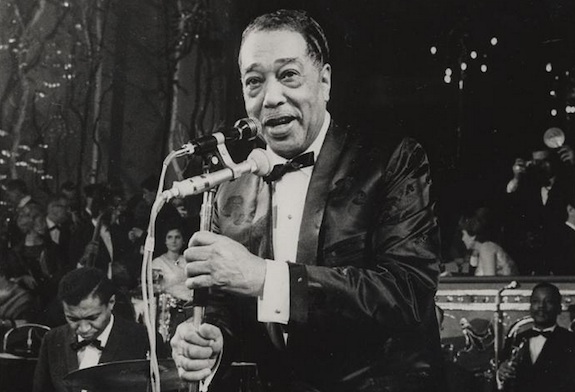 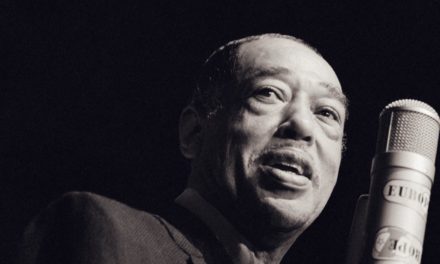 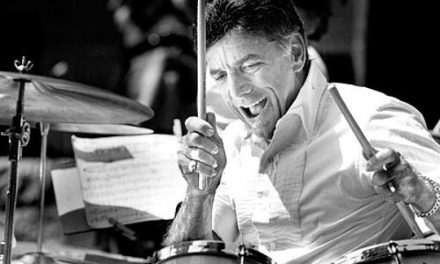 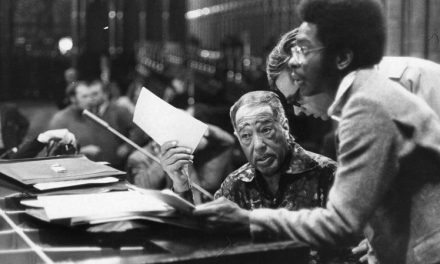 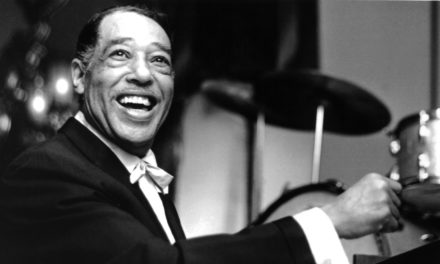